Bill advances to restore U.S. 6 as Grand Army of the Republic Highway

US Route 6 was deemed "Grand Army of the Republic Highway" in 1953. Forgotten for so long, there seems to be new interest in its designation, as reported in THIS Desert News Utah article. 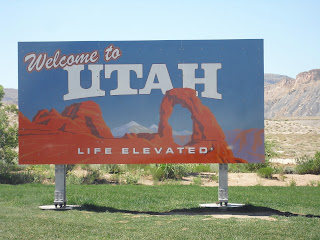 ByLisa Riley Roche@dnewspolitics
Published: February 23, 2018 9:54 am
SALT LAKE CITY — A Sons of Union Veterans of the Civil War wore an historic military uniform Friday to see the House Transportation Committee unanimously advance a bill restoring U.S. 6 as the Grand Army of the Republic Highway.
Eric Dan Richhart, secretary-treasurer of the Sons of Union Veterans of the Civil War Department of Colorado and Wyoming, told the committee he had been working to restore the Grand Army of the Republic designation for nearly a decade.
He said he backs HB396 as someone "wholly supportive of all things veterans and military."
The highway had been renamed in 2009 for a former Democratic leader in the Utah Senate, Mike Dmitrich. But it had already been designated to honor Civil War veterans nearly 70 years ago. Read the rest of the article HERE.
Posted by Malerie Yolen-Cohen at 9:36 PM 0 comments