Historical US Route 6 Markers to be Planted in Iowa; Written By Josh O'Leary For the Iowa City Press-Citizen

As a kid, Rex Brandstatter’s parents would send him out of the house with one simple instruction.“They would tell me, ‘You can go anywhere, but you can’t cross the highway,’” said Brandstatter, a lifelong Coralville resident.
The highway was U.S. Route 6, at that time a major conduit bringing cars from all corners of the U.S. through Brandstatter’s small town in the 50's.
Today, Brandstatter, 63, is among a group of Iowans and other preservationists nationally working to plant historical markers along the original Route 6, which cut through Iowa City and Coralville when it was completed in the 1930s as the nation’s longest highway.
The U.S. Route 6 Tourist Association’s Iowa Division — one of 14 states along the highway’s path from Massachusetts to California — has begun marking segments of the old route, and it hopes to soon add Johnson County’s stretch.
The idea is to commemorate that golden age of two-lane travel and bolster tourism in towns the interstate bypassed decades ago.
Read the rest of the Iowa-City Press Citizen article HERE.
Read my original story about Rex, Route 6 and Coralville HERE.

Posted by Malerie Yolen-Cohen at 7:08 AM 0 comments

Tragedy on US Route 6

About 30 miles West of Denver, CO, Loveland Pass is the highest and one of the most thrilling stretches of transcontinental US Route 6.  Now, it's one of the most deadly.

Yesterday, five snowboarders were killed when an avalanche swept over Route 6 near the Continental Divide, necessitating closure of the road for hours.  My prayers go out to their families. 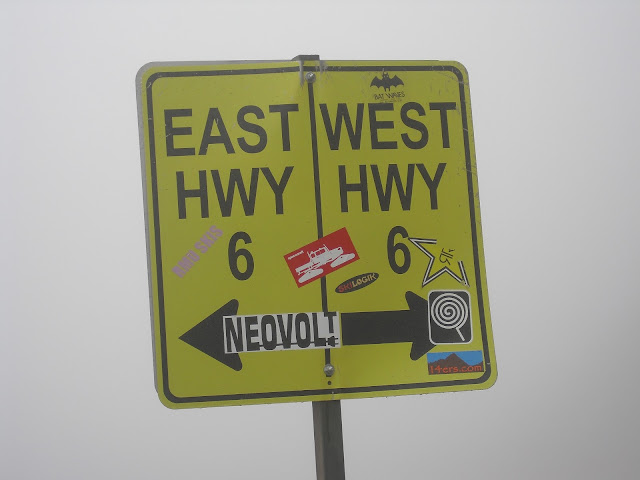 To all of my readers, please be careful, when driving, when skiing and particularly when snowboarding in backcountry areas  As you can see, even "Avalanche Beacons" and preparation will not help in all cases.

In case anyone missed the news, according to the Associated Press;

The Colorado Department of Transportation closed U.S. Route 6, which crosses the Continental Divide near the scene of the avalanche, to facilitate the search. The pass is heavily traveled by skiers visiting nearby Arapahoe Basin ski resort.
The bodies were taken to the Clear Creek coroner’s office. The victims’ identities weren’t immediately known.
Krueger said authorities were “pretty sure” the snowboarders triggered the avalanche, which he said traveled about 1,000 feet some 100 yards off Route 6.


Posted by Malerie Yolen-Cohen at 7:56 AM 0 comments

National Geographic Magazine just ran a photo series of "The Best US Road Trips" and included US Route 6's own Bear Mountain Bridge among the illustrious list.  The bridge spans the magnificent Hudson River, and, if you've been following my blog (and have read my guidebook), you'll know that the portion of Route 6 leading up to the Bear Mountain Bridge - known affectionately as "The Goat Trail" - is one of the most fun drives of the whole 3,652 miles of the transcontinental route.

Posted by Malerie Yolen-Cohen at 7:20 AM 0 comments