Here in the East, we may have a "corny" notion of cornfed Iowa.  "It's so boring, there's nothing out there to do but watch the corn grow," said one city slicker (not me).  This is the self-same slicker who gets all sanctimonious about eating strictly organic "farm to table" cuisine and exhorts others to eliminate stress by "stopping to smell the roses."  I say - what's the difference between stopping to smell the roses and watching the corn grow?  Plus, where do you think a bunch of those "farm to table" farms are located?

I also know that stereotyping runs both ways.  And I'm out to prove that not all people from the Northeastern US are elitist snobs. Although I must admit,  I had some pre-suppositions about the midwest myself.

Readers, Iowa is surprising me, though I really shouldn't be TOO surprised.  Before planning my Route 6 itinerary,  I vaguely recognized the state's importance in the world of national politics.   For decades the Iowa Caucus has been the first electoral event in the country during each United States Presidential Campaign.  Members of the press swarm there every four years, not to watch the corn grow, but to interview a very politically astute population. 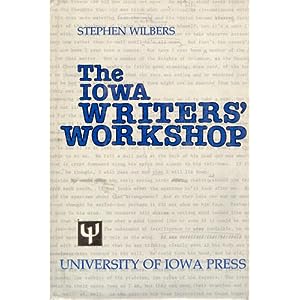 And I've had the Iowa Writer's Workshop - the Holy Grail for aspiring poets and writers - on my own radar for years.  Many Pulitzer and National Book Award-winning authors have graduated from this University of Iowa's Graduate School Department, set in an unexpectedly metropolitan Iowa City.

But I've been most impressed by Real Estate agent Rex Brandstatter - an enthusiastic booster, cheerleader, and one-man-tourist bureau for Coralville, a suburb of Iowa City.  His can-do positive personality shines through his multiple emails to me, and I can't wait to see what Iowa City and Coralville have on tap.

I'll be in Iowa only a few days, so I won't have time  to sit and watch the corn grow.  As much as I'd like to.

Posted by Malerie Yolen-Cohen at 1:38 PM